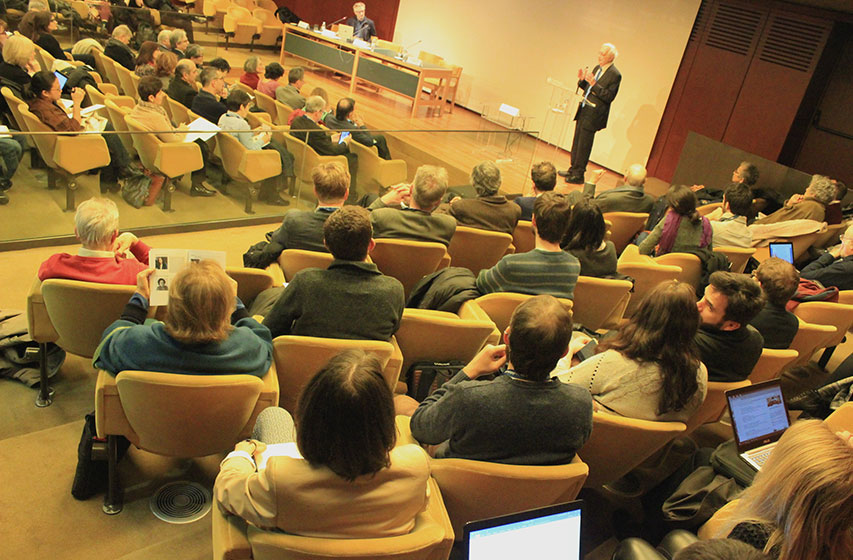 As part of this event, we planned a Special Session to discuss the status and challenges of the social sciences and humanities (SSH) and interdisciplinarity in European Funding. This included six invited speakers and discussants, followed by a workshop designed as a world café session, aimed at identifying a range of recommendations towards informing the next programming period (FP9) from the perspective of interdisciplinarity, SSH and responsible research and innovation (RRI), and possibly contributing to improvements for the final programming stage of H2020 (2018-2020) and input to FP9. A policy brief will soon be published on INTREPID’s website, detailing all recommendations. Here, I’d like to focus on the main areas of discussion, concern and recommendation around interdisciplinarity and SSH.

We start with a possible paradox. Interdisciplinarity is being encouraged in science policy discourse and among funding agencies. It is considered a central quality of EU’s Horizon 2020 programme, which targets Societal Challenges designed to cross disciplinary boundaries in order to address complex and interdependent problems. And yet, scholars who study interdisciplinarity, and institutions that track its progress, tell us that it remains poorly rewarded in terms of funding, recognition and career advancement. More than a paradox, as some suggest, this situation may be pointing to an increasing gap between the definition of science policy and in particular its research funding agenda on the one hand, and the status, structures and governance of one of the providers of such research: universities – on the other.

University: late-comer of left behind?

In her keynote, Felicity Callard delivered a compelling talk on the importance of interdisciplinary experimentation, illustrating through her own research, ‘how to harness the promise and liveliness of an interdisciplinarty space’. Her account seems a far, if inspiring, cry from the many voices criticizing universities’ performance in creating and enabling such ‘spaces’.

Even the carefully worded position of the League of European Research Universities (LERU), argues that ‘disciplinarity and interdisciplinarity are equally important to advance science and to solve unprecedented societal challenges’. And yet, in 2016, their report lists 66 recommendations, which are often a re-wording (and a necessary update) of findings and recommendations voiced over decades. Not least by the Gulbenkian Commission (1996) whose report’s 20th anniversary gave rise to our conference: ‘Foundations may give grants to imaginative groups of scholars but departments decide on promotions or course curricula’.

Our focus in INTREPID – and at this Special Session – is research programming and funding, based on the understanding that, as Lyall and others have demonstrated, ‘decisions that funders make … have a major impact on how interdisciplinary research is shaped, the extent of integration, and ultimately its effectiveness’. Yet, the keynote presentations and the discussions during the World Café left little doubt that universities were both ‘late-comers’ (see Lawrence) to the rethinking of disciplines and interdisciplinarity, and at risk of being left behind as science policy takes its own direction, almost irrespective of academia’s well documented challenges.

Are the ‘institutions of learning’ giving enough space to discuss the obstacles and changes? Even if to conclude that they do not agree with some, or most, of the science agenda(s) pressing for greater interdisciplinarity? It seems not. While ‘LERU is convinced that academic institutions should remain the primary locus of scientific knowledge production and transmission’, many at our Conference noted that research is increasingly taking place elsewhere, in private funded organisations and enterprises. This is to be welcomed, since the challenges of the 21st century need all the attention they can get. But concerns were also raised in terms of oversight, privacy and other ethical dimensions.

Innovation battleground: where are the social sciences, the humanities and the arts?

As mentioned, EU’s H2020 programme represented a major shift away from a structure based on disciplinary areas, to one based on Grand Societal Challenges (later the ‘grand’ was dropped’, from GSCs to SCs), intended to promote largely interdisciplinary inquiries. Consistent with the history of European research funding from the 1950s onward, which was driven by industrial competition (e.g. EURATOM and CERN) and then economic innovation (1990s onward with Framework Programmes), these SCs are largely reflective of a techno-scientific understanding of innovation. As Peter Fisch argues in his keynote, the interpretation of innovation in current EU programmes remains far too ‘technological’. Attention, and funds, for the role of social innovation in addressing SCs remains limited, by comparison (see for example TRANSIT).

Our conference keynotes repeatedly warned against such bias. In his keynote, Bjorn Wittrock listed ‘grand questions’ including the role of the EU in today’s world, what is life and what relation between human and non-human, which all required the contribution of SSH (and I would add, the arts).

The EC has produced a second monitoring report by Birnbaum and colleagues (2017) on ‘Integration of Social Sciences and Humanities in Horizon 2020: Participants, Budget and Disciplines’. This was presented by Philippe Keraudren, of DG Research and Innovation (Unit B6 Open and Inclusive Societies), highlighting the following numbers:

Inevitably, the figure that stands out is the 95% of funds going to all other disciplines that are not SSH and the arts. Despite the effort to further strengthen the integration of SSH in programmes and calls, it is difficult not to view these results as falling short of expectations. Especially considering it is almost impossible to see any improvement compared to the previous report by Hetel and colleagues (2015). On this basis, many questions and concerns could be raised. I shall mention one of each based on the discussions held in January: how responsible are the representatives (institutions and individuals) of SSH and the arts for their lack of integration, and most importantly leadership? Some have argued that a shift is needed, from victimisation to empowerment. In our blog series on the role of the social sciences, there are some important reflections around this question. As for concerns, I would like to point out a potential ‘elephant in the room’: perhaps it is not the 5% to the SSH and Arts that should worry us most, but rather the destination and direction of the remaining 95%. The latter contributes to build our future through techno-science in all fields from human health to possible uses of resources located in outer space. Apart from a contribution of economists (judging from the table above), what other disciplinary perspectives and worldviews are being brought to bear in the framing of problems and solutions? The answer to this question is likely to have a direct impact on our future.

Towards a set of recommendations for EU research funding programmes

On the basis of the above themes and many others raised throughout the Special Session, here is a summary of key recommendations (a full list will be published here) aimed at the final research programming period of H2020 and the next (9th) EU Framework Programme:

“Knowledge is extracted from a fully integrated world. Knowledge is ‘dis-integrated’ by disciplinary units called Departments in Universities. How can knowledge, discovery and dissemination be re-integrated?”

There have been many recommendations intended to help address these questions, before, and after 2004. Our Special Session has added a new layer to the pile. But is anyone listening?