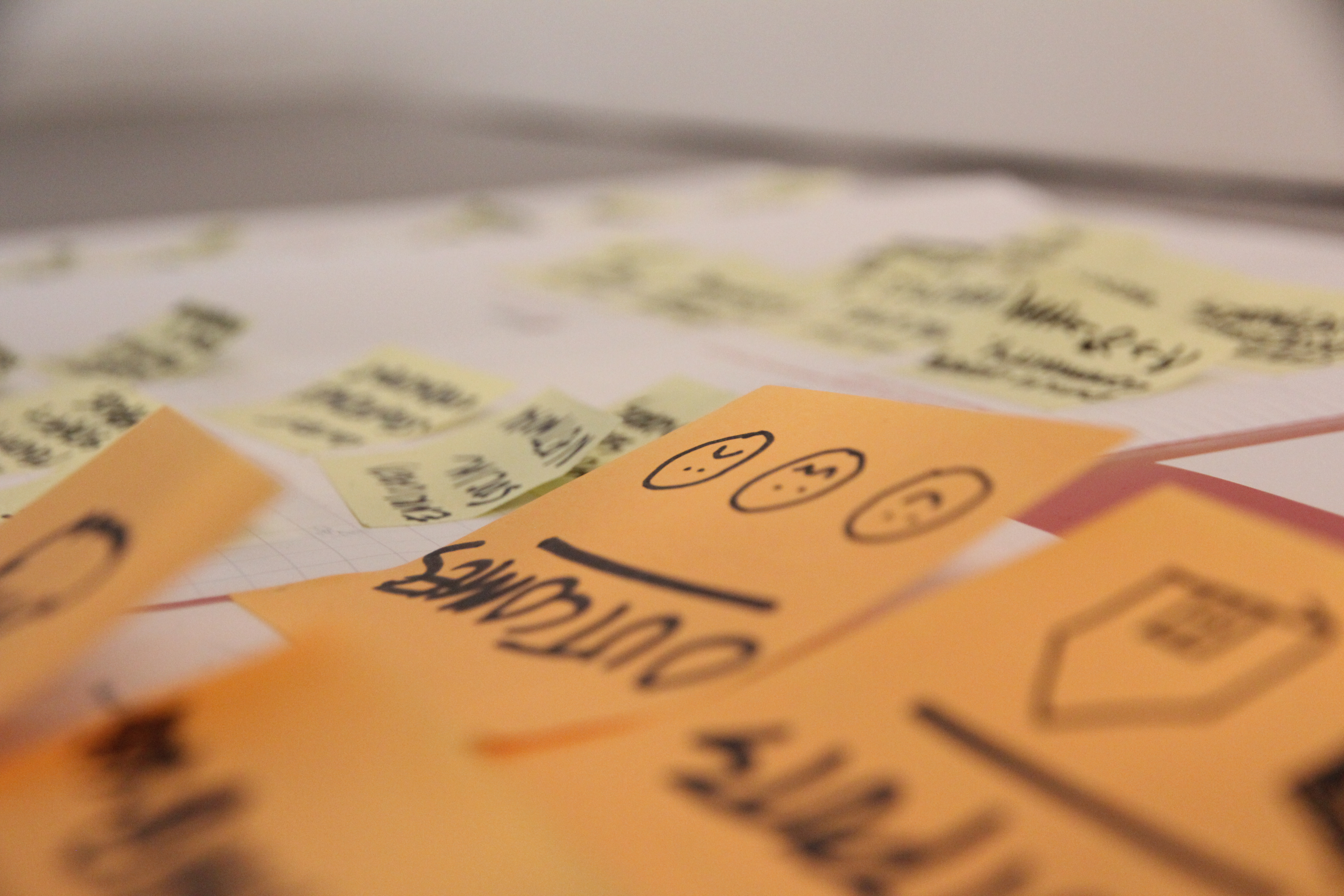 The doing of transdisciplinarity is an uncomfortable place to be.

Yet this process of ‘getting found out’ is a double movement – you get found out in the process of finding out others. This mutual ‘suspending of the disciplines’ is thus at once the process of renouncing your own comfort, and a radical opening towards the uncertainty of engaging with others. It feels uncomfortable because we’re not used to it – most of us have spent our lives defining and refining and building a reified image that helps us to get by in the world. We’ve been conditioned to produce a coherent image of ‘who we are’ rather than revealing the Kandinksy-esque messiness of what we’re actually doing (and not doing). In the process, we cut ourselves off from other ways of knowing.

At the heart of transdisciplinarity is therefore this move from ‘being’ to ‘doing’ – where it’s how we act, not how you identify, that matters. Two statues will never be able to dance together.

The doing of transdisciplinary research can only begin beyond the disciplines – it’s the point of intersection between a myriad of different practices and knowledges, with the aim of producing a capacity to know and act differently. Transdisciplinary processes cannot tolerate those who refuse to give up their roles, who try and make sense of everything through the lenses already in their possession, or who try to make everything happen in ways they already know. Instead, there must be a carefully chaotic alchemy of world-views and practices, a collective process that remains true to what we each already know yet in the same moment fundamentally transforms it.

There can be no method to this madness – only an ethic. To try and create a fix is to miss that it must be different every time. We can tell tales and share stories, but the process of creating something fundamentally new cannot be reified into a fixed formula. There can never be the Discipline of transdisciplinarity – this is anathema.

Yet if there is one thing we know, everything can be commodified: expect an MA in Transdisciplinary studies arriving at a University Near You.