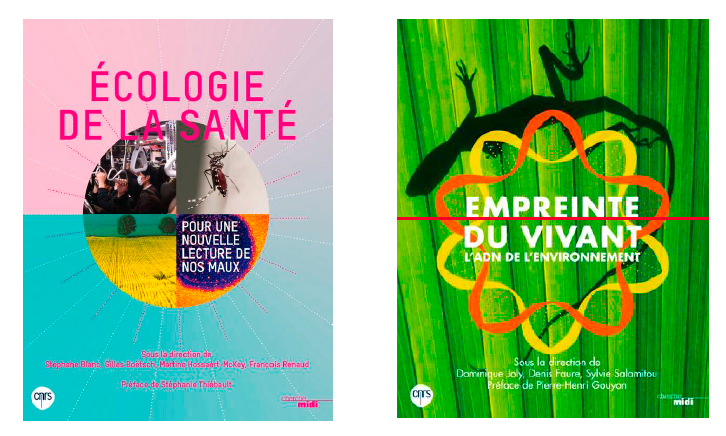 Intrepid Short Mission in Paris took us to the Institute of Ecology and the Environment (INEE). This was an inspiring visit, which led us to discover the intense interdisciplinary activity of this large research organisation. Located at the CNRS, the Institute houses 82 research units and 12 research groups. With a staff of 6,911, INEE has 2,358 researchers and 1,612 PhD students (2016 data). In compliance with its mission and ‘modus operandi’, the Institute demonstrates a strong ID focus. This focus is represented by the scientific object of the Institute, its dissemination of science, and its interconnected structure for supporting important research, and also by its integration in a funding system that privileges ID. This ID focus becomes apparent when taking a historic look at the creation of INEE.

Do you have any idea what was the last publication of INEE? It may have been an indexed and ranked paper in an international journal, or a registered patent… Yes, we know that this is a difficult question, so let’s change the question. What would you expect from an ID Institute in Ecology? The latest publication in 2017 of the Ecology and Environment lab gives you some clues… its title is ‘Health Ecology: for a New Reading of Our Health Problems’. Health is exactly the type of subject that one would expect from interdisciplinary-based research. This is not an unsubstantiated opinion, for in 2015, citizens in the Netherlands were asked to list research topics, and they mainly chose health and the environment.

Tellingly, this latest publication of the Institute is the result of the ID work of these CNRS researchers, which demonstrate the ability to listen to real and practical problems and the capacity to cross borders and communicate results and processes at the same time.
The book also reflects the objective of the research policy at INEE: understanding for acting. Mainly centred on the understanding of ecological processes, INEE has defined as a goal the production of knowledge about the complexity of scientific objects. However, understanding natural objects also requires an answer for managing complex issues which impact on both human and non-human life. The main scientific area is dedicated to the operation and evolution of ecological and environmental systems. The Institute has acquired skills in population dynamics, biodiversity, the ecology of communities and ecosystems, microbial ecology, the ecology of social bodies, evolutive ecology, and adaptation processes of the environment. Disciplinary knowledge is required for interdisciplinary subjects such as health or the environment. Such disciplines are diverse, ranging from biology, and chemistry to archeology, paleoanthropology and geography.
The Institute encapsulates a history of ID, which reveals how ID is not an instantaneous tool, or a strategy for research, but, on the contrary, ID has a long-term history for certain institutions. The Institute was founded in 2009, and anchored its activity in a diversity of disciplines that have a common concern for globalisation and the environment. However, this process goes back before the foundation of the Institute, as ID experiments were developed at the start of CNRS in the seventies, an example being a programme called PIREN – the Interdisciplinary Programme for Research of the Environment – which was developed at CNRS in 1978. CNRS was to go further, with the creation of the Department of Ecology, Environment and Sustainable Development in 2006. Nowadays, ID is made possible through several tools inside the organisation at different levels: researching, budgeting and managing activities. Large scientific programmes generally operate on the basis of calls to the scientific community, including outside CNRS. These programmes are a privileged vehicle for partnership with companies and other public partners. These calls for tenders enable the internal targeting of teams and the formation of research networks and knowledge communities. The DIPEE also organises research in the Institute and with its university partners. INEE structures its research on specific work tools that encourage researchers to go even further in their work, which include long-term socio-ecological research sites, human environment observatories, ecological research stations, ecotrons, and databases.

This ID focus has also been rewarded by society. INEE published a book in 2015 entitled “Imprint of the Living: the DNA of the Environment”, which won the Environment Book Prize in 2016, which is awarded by the Veolia Foundation for books and publications on environmental topics. In other words, the environmental aspect is an area that is no longer confined to the scientific community, but is also of interest for those stakeholders that are willing to understand specific processes as being, in effect, an alliance between types of viruses, the reason for the extinction of a species, or the rapid development of an invasive plant and genetic transformations due to animal domestication.